Our company was incorporated in 1981 by Tom and Dora Press after working in the industry since the early 1960's. Their son, Tom took over the reins in 1994 and is still running the company today.
Aim Termite & Pest Control, Inc. is family-owned and operated in Pinellas County, FL. Since opening in 1981, we’ve treated every customer like they were a part of our family. Other companies may offer similar services, but our services come with a personal touch.
Thomas C. Press, IV "Tom"
President/CEO
Scott Laselle
Technician
Now with nearly 45 years years of experience, Tom started in the business working summers in High School putting up fumigation tents. During his college years he alternately worked part time performing subterranean termite work and pest control service during the school terms and working on fumigation crews during the summer months.
After college he worked as a supervisor and then branch manager for an international Pest Control firm.
In 1994, when his parents decided to retire, he took over as President and CEO of the family business.
And although he has a big, fancy title, Tom is not sitting around the office. He works in the field on a daily basis performing monthly, quarterly and once-a-year pest control as well as termite control.
Scott has worked in the Pest Control Industry for nearly as long as Tom. Having previously worked for other local companies, he became part of our company family in1986.
Scott performs monthly and quarterly pest control as our primary Route Service Technician.
On a personal note, Scott is an accomplished musician, who before entering the Pest Control Industry, toured with his own band playing keyboard and drums!
Our only Aim is your complete satisfaction! 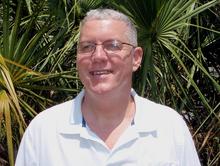 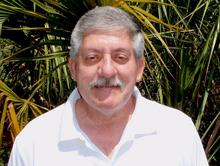